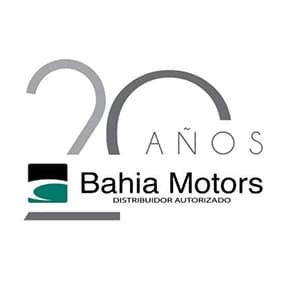 Acura was created in 1986, as a luxury car division of “American Honda Motor Company” to supply specially the USA market. After a decade of research and development, Acura launches its first model, the Legend.

The first Acura, the Legend sedan, appeared in 1986. In 1990, 4 years after the debut of Legend and Integra, Acura introduced the NSX, a V6 rear wheel drive sport car. Its name is an acronym for New Sports eXperimental and was presented as the first Japanese car capable of competing with Porsche and Ferrari.

Acura Panama opened its doors in August 2014, Panama being the 6th country to have the brand after Canada, USA, Puerto Rico, Mexico, Rusia, China and Hong Kong. It opened its doors with 10 collaborators. At the beginning of the operation a sales record of 430 units was achieved, which represented 1.8% of the total car market. In 1998, the total figure doubled with 792 units sold and a share of 2.3% in the total market. Today Bahia Motors is among the most respected agencies in the country, ranking sixth in sales, representing 5% of the market.

We are committed to innovation and customer satisfaction, and that is why we continually work to demonstrate our strength, support and to offer high-quality products for all tastes.


Vision
Offer the quality and distinction that identifies us as the best choice for our customers, always providing our collaborators with fair work and grow opportunities in a good work environment.

Mission
We commercialize and represent Honda and Acura cars in Panama, satisfying the highest expectations of luxury, comfort and safety for all our customers, offering levels of attention and service that guarantee preference for our products seeking profitability that ensures sustainable economic growth.
Forbidden turn.
Please rotate your phone.